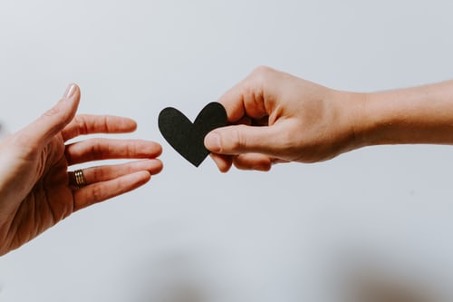 Working Together for a Better Future

*Written by Emilie de Gerlache for Semlex for Education

We have all been sensitive to certain charities by giving a little of our time as a volunteer or by making a donation in kind or financially so that this association can continue its mission and help people in need.

For example, Semlex for Education is a corporate foundation. Founded by Semlex, a family-owned company active in cyber security providing secure solutions for the identification of populations through biometrics. Semlex for education works for a better education worldwide through financial and non-financial participation in various associations promoting a better future for people in need. Here are some of the projects that have already been supported, always with the aim of reducing socio-economic inequalities through education.

The emergence of philanthropy

This feeling that pushes people to help others is also called “philanthropy”. “Modern philanthropy is the transfer of resources (financial, in-kind, voluntary) freely given by private actors, in order to serve the common good and the general interest: health, education, solidarity, culture, environment…

The United States are the precursors of the donation, yesterday we spoke of Rockefeller or Ford to remember only two of the most important foundations of the 20th century and today of the Bill & Melinda Gates (Microsoft) or the Chan Zuckerberg Initiative (Facebook). These foundations are based on the exercise of reason and attack the causes and not the symptoms of social problems. They are very active in scientific and technological research. For example, the Gates Foundation was created because they wanted to give something back to the community, starting close to home, by donating computers to public libraries. Later, when they read an article about millions of children dying from diseases like diarrhea and pneumonia, they thought, how can we use our voices to raise the profile of global health and use our resources to start saving and transforming lives? Following research and consultations with experts, the Gates Foundation grew and transferred $20 million from Microsoft stock to the foundation. In 2010, Bill Gates and Warren Buffet made a call to the world’s top billionaires to give 50% of their wealth to philanthropy via “The Giving Pledge” to encourage philanthropy among the wealthiest people who can make a difference.

Since then, many have joined the movement from many countries. In addition, philanthropy has become more accessible and popular with private investors by increasingly adopting the practices of venture philanthropy and impact investing. This is the future.

Every drop of water in our ocean counts! That the great fortunes invest for a center of general interest is essential to advance research and give an equivalent chance to those who were born under a different star. Indeed, one does not choose one’s place of birth, one’s family or any other as mentioned in the article “How to break the vicious circle of precariousness? But we can all do something by helping our neighbor through the microdonation.

The “Microdon” is to round up your supermarket bill or your salary by a few cents or euros more, isn’t that great? It’s great because this rounding can be a great help for associations and engage the employees of a company or customers of a store or e-commerce to a certain cause.

Let’s move for a better future on our own scale.