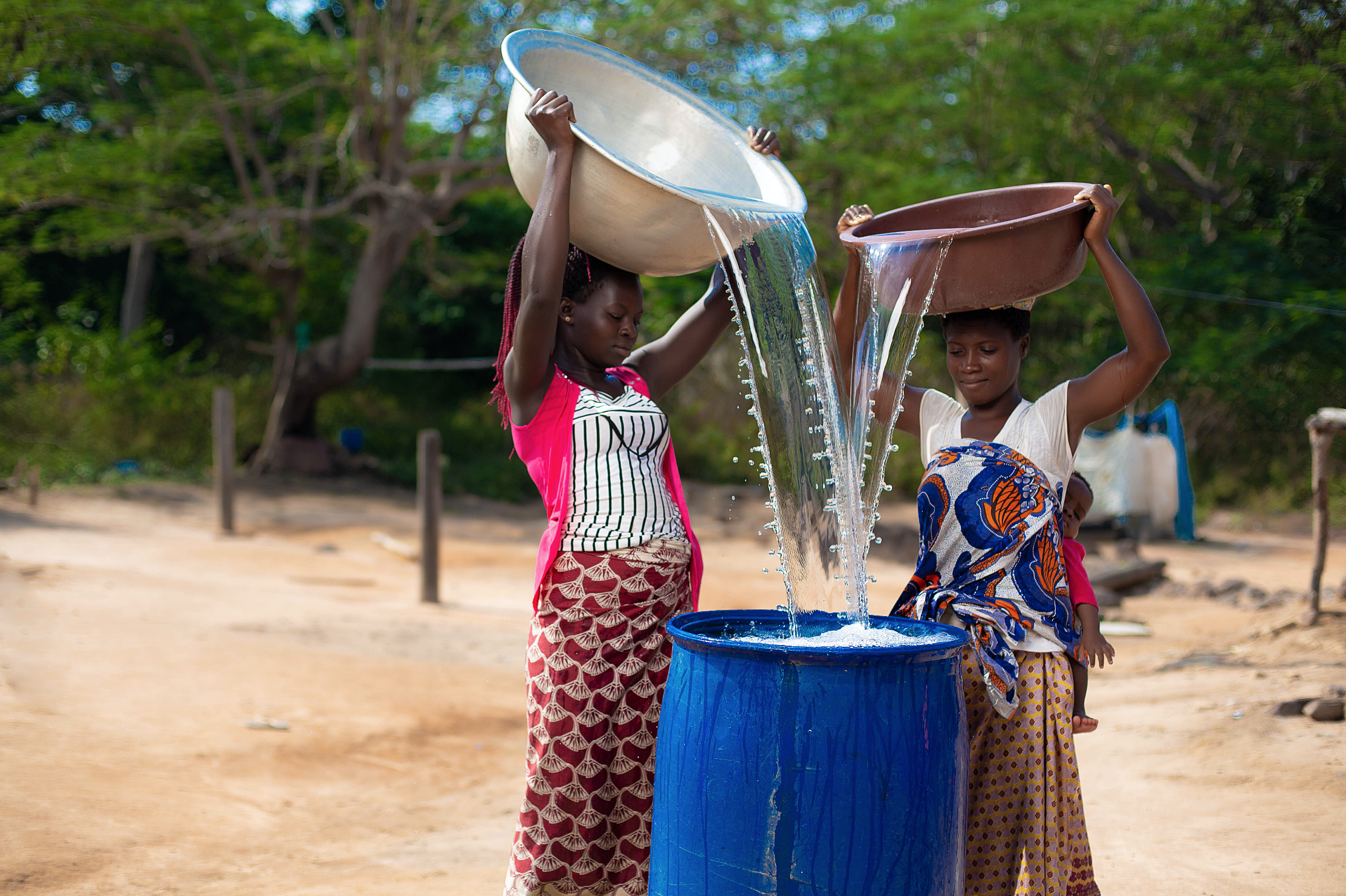 Let’s not look the other way, let’s collaborate because access to clean water changes lives!

During the world summit of the earth in Johannesburg in 2002, Jacques Chirac pronounced these words: “Our house is burning and we are looking elsewhere, we can’t say that we didn’t know. Let us be careful that the 21st century does not become for future generations, that of a crime of humanity against life. ”

The alarming decrease of resources

Indeed, there is an alarming depletion of the stock of resources (oil, gas, coal, metals, water, species, …) that humanity has as a result of rising temperatures, rising oceans, increased rainfall in wetlands, increased drought in drylands and acidification of the oceans. This climate crisis and the growing population are facing a fundamental scissor effect where the stock of resources to live on is rapidly decreasing while the number of people having to live off the stock is increasing sharply. How to respond?

It is time to move from a cowboy economy (wide open spaces, seemingly unlimited resources) to a spaceship economy where everything is constrained and must be reusable (every resource counts and must be used in an optimal way for all passengers).

Let’s take a vital example of a vital resource for humans and humanity, water.

Water covers more than 70% of the surface of the globe. Our human body is composed of 65% of water. We need it every day, as do plants and animals. Without water, there is no life. Our global water use is only increasing. Global trends and numerous studies in various countries and regions show us that it has increased sixfold in the last century and continues to increase progressively by 1% per year[1]. The demand for water is there since it is estimated to be 9.5 to 10 billion people on earth by 2050 (especially in emerging countries) but the blue gold is depleting… and is expensive, it could overtake that of oil, gas, coal as well as other essential natural resources in a sustainable and near future.

These findings make us realize that we do not all have equal access to this precious resource, which is blue gold.

Lack of clean water is the worst poverty there is!

The worst poverty in the world is not having access to water because it prevents you from doing other projects.

During his tenure as UNICEF’s Director of Global Programs for Water, Sanitation and Hygiene in 2016, the current Director of Programs, Mr. Wijesekera, opened our eyes to the fact that women and girls spend over 200 million hours representing 8.3 million days or over 22,800 years collecting water…. How crazy is that? A priceless waste of time where they could have accomplished an unheard of number of magnificent achievements of all kinds such as going to school, taking care of their family, starting a business,… Moreover, collecting water can harm the health of the whole family since it increases the risk of diarrheal diseases and is fatal for children under 5 years old, constituting the fourth cause of mortality and is a major cause of malnutrition and stunted growth

The United Nations Goal 6, aims to ensure universal and equitable access to safe drinking water at an affordable cost by 2030. This would mean, in the first place, to have only a round trip of maximum 30 minutes to make and, in the long term, to guarantee everyone a clean water supply at home [2]. This is not a foregone conclusion, since in sub-Saharan Africa (one of the poorest regions in the world, see our article on precariousness), 29% of the population has to travel more than 30 minutes to access drinking water.

It is impossible to look away, because wherever you look, access to drinking water changes people’s lives. Here are a few examples of completed projects:

In the Comoros, a solar water pumping and treatment station was installed by Estia Synergie and Sotrad Water to satisfy this fundamental right of access to water. Semlex for education financed this project at 100% since the foundation fundamentally believes in freeing girls and women from this heavy burden which will then lead them to realize their ambitious projects.

Another project, Objectif Ô, has the mission to give access to water to as many people as possible worldwide. Since their inception in June 2008, they have provided nearly 500,000 people with access to clean water. In addition, they do development awareness in schools in the French community on the theme of water.

Another actor, Auara, is a Spanish social enterprise that sells bottled water and reinvests 100% of their profits in projects for access to drinking water. Their goal is to bring clean water to over 200,000 people in the next 5 years.